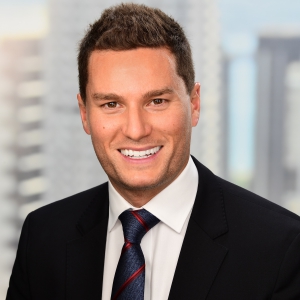 Ben Allman is an experienced media and technology sales professional with highly developed commercial skills acquired in both Australia and the United Kingdom.

Ben has recently joined Broadsign, the leader in digital out-of-home ad-serving solutions as Sales Director for Australia and New Zealand.

Prior to that, Ben worked with TV, Online and Out-of-Home sales representative, Multi Channel Network. Ben held a number of roles with the business throughout his tenure, including the on-boarding and ongoing commercial development of Qantas’ inflight entertainment and inflight connectivity (Wi-Fi) networks.

Previously Ben spent a number of years with JCDecaux, the world’s largest outdoor advertising company. Based in London, Ben worked with some of the UK’s largest and most highly regarded infrastructure and property groups while driving major partnerships with numerous leading global brands.

Ben has long held a passion for digital out-of-home and believes the Australian market is on the cusp of doing some incredible things in the space. He looks forward to working with media owners and advertisers to ensure they’re extracting maximum value by utilising the full capabilities of the medium.